Over the years, there have been some surprise stars that have shocked the Premier League by enjoying brilliant individual campaigns. We’ve taken a look at 25 of the best top-flight one-season wonders during the Premier League era… 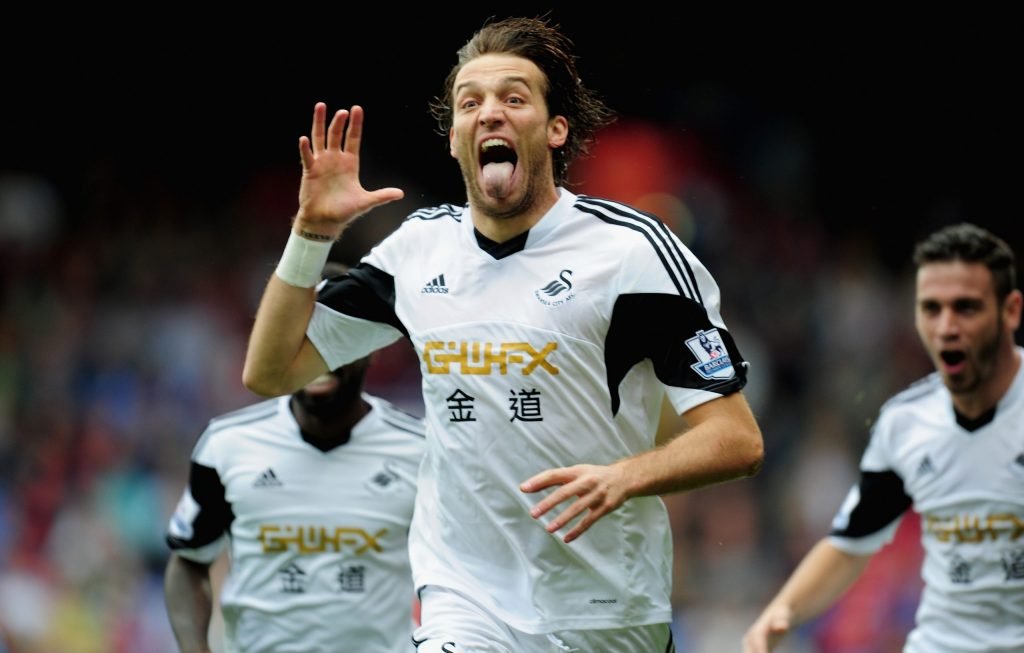 Michu is arguably one of the greatest one-season wonders there has been in the Premier League. Not many people took much notice when he moved from Rayo Vallecano to Swansea in 2012, but by the end of the 2012/13 campaign, everyone knew who he was. The Spaniard netted 18 goals in his debut campaign for the Welsh side, which led to numerous £20m bids across Europe. He remained with Swansea but failed to kick on from his memorable maiden campaign in England. 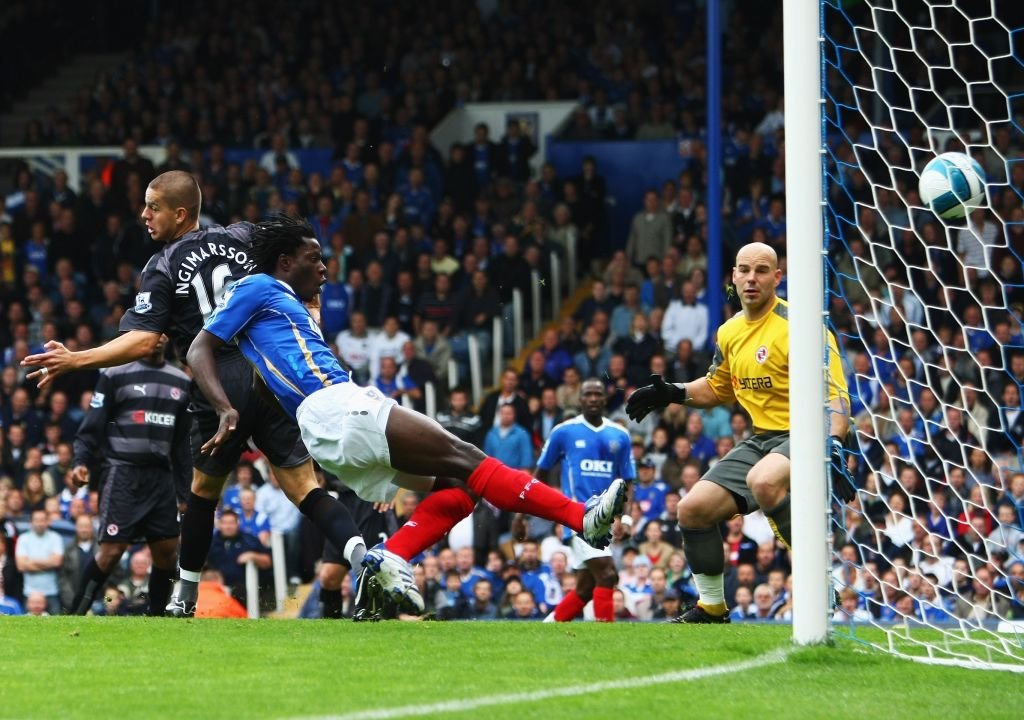 Benjani suddenly found his shooting boots in the 2007/08 season for Portsmouth. The striker, who made his pointy celebration famous at Fratton Park, scored 12 Premier League goals under Harry Redknapp and even helped Pompey win the FA Cup. He was sold to Manchester City at the end of that season and struggled to carry on his impressive goalscoring form. 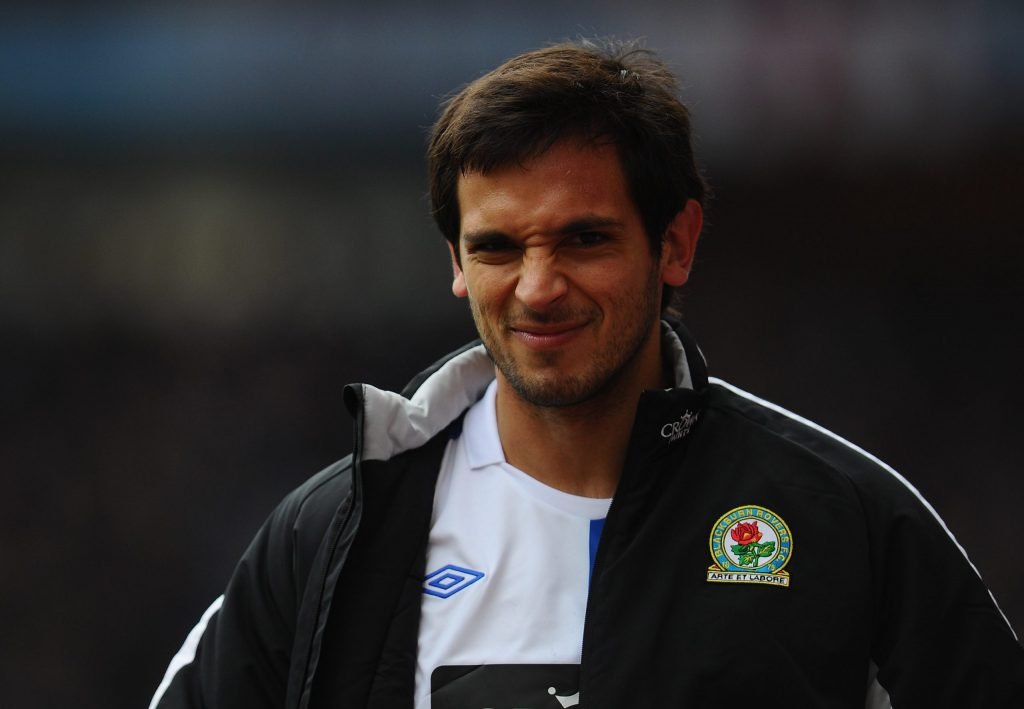 Blackburn’s £3.5m deal for Roque Santa Cruz seemed a bargain during the striker’s first season of Premier League action. The Paraguayan lit up the top flight, scoring 19 league goals for Rovers. Unfortunately, various injuries prevented Santa Cruz from continuing his fine form, and he made a surprise move to Manchester City after two seasons at Ewood Park but he never really kicked on. 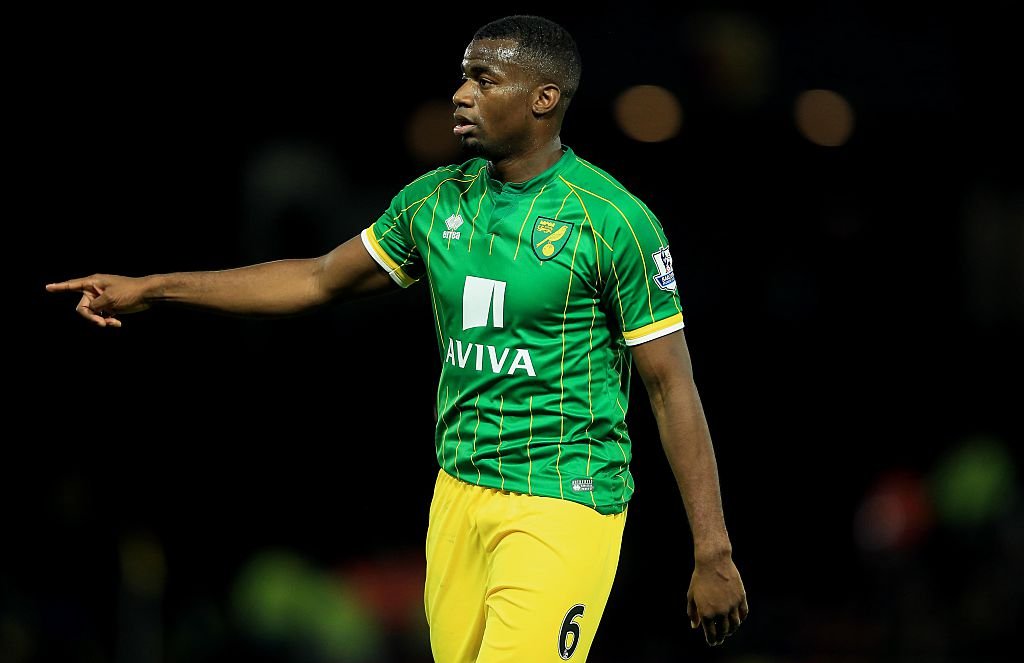 Not many defenders have been known to be one-season wonders, but that’s the case with Sebastien Bassong. The centre-back spent most of his career in England, but it was his debut campaign for Norwich City for which he is remembered most fondly. Bassong was the Canaries’ main man during the 2012/13 season, where they were the surprise package, finishing 11th. From that point onwards, he never hit those standards again. 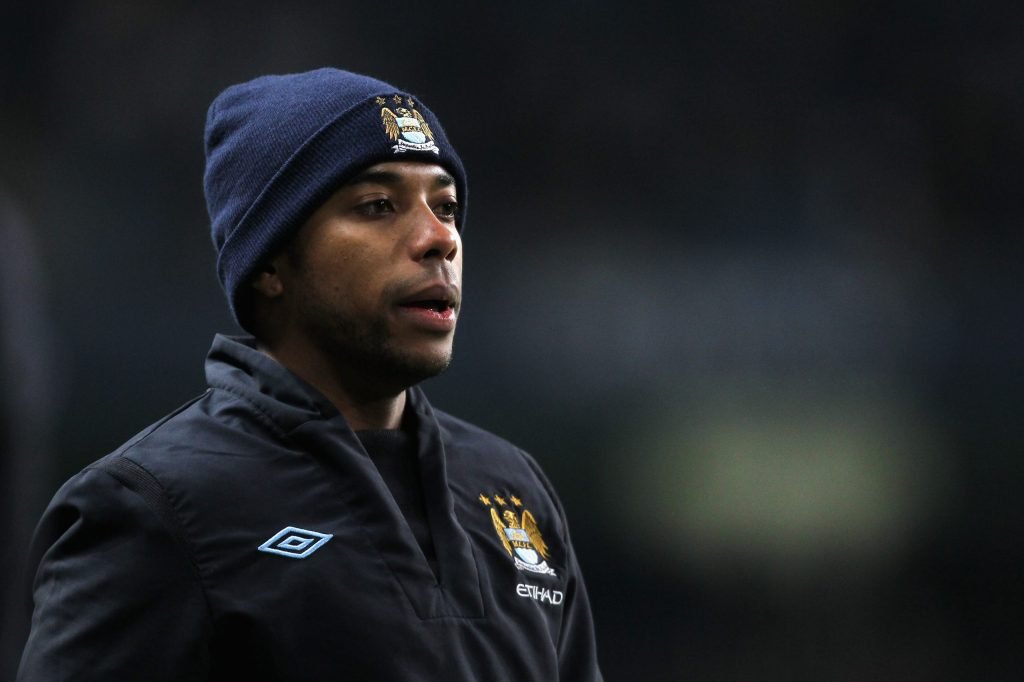 Nobody was too surprised when Robinho, Manchester City’s first big-money signing following their takeover in 2008, starred at the Etihad. What caught many off guard was that the Brazilian would turn into a one-season wonder in Manchester as he failed to deliver from that point onwards. 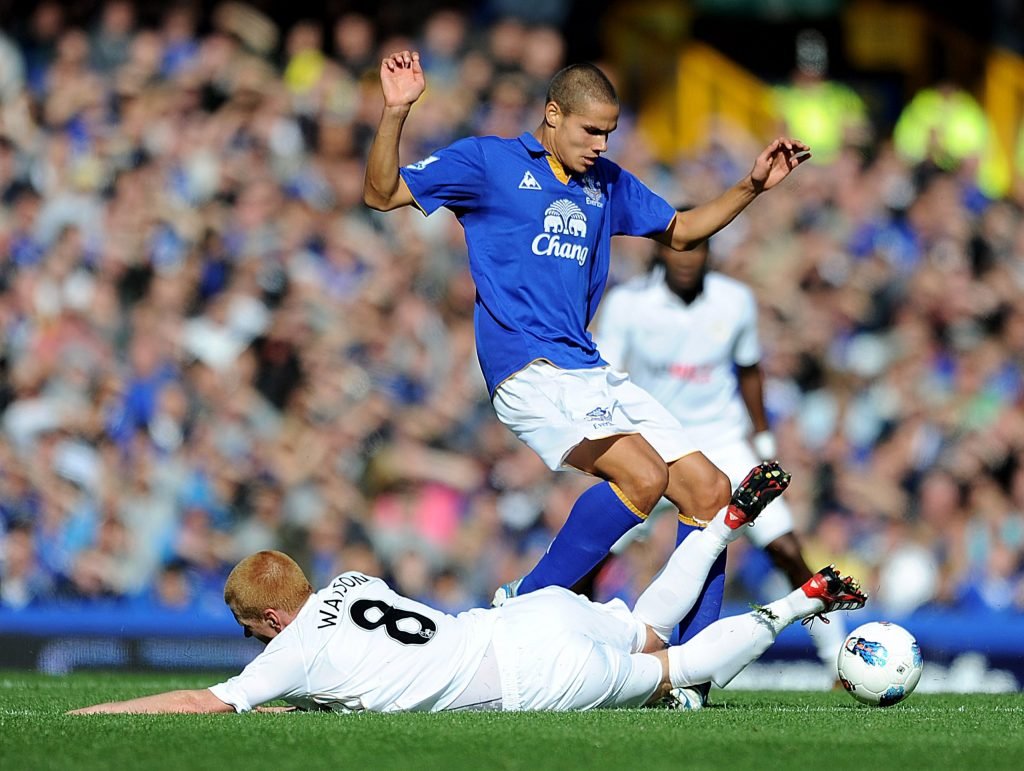 Jack Rodwell’s outstanding 2011/12 season with Everton ultimately earned him his move to Manchester City. His career has taken a drastic turn for the worst since moving to the Etihad, but at least he had a stellar year at Goodison Park to be remembered by. 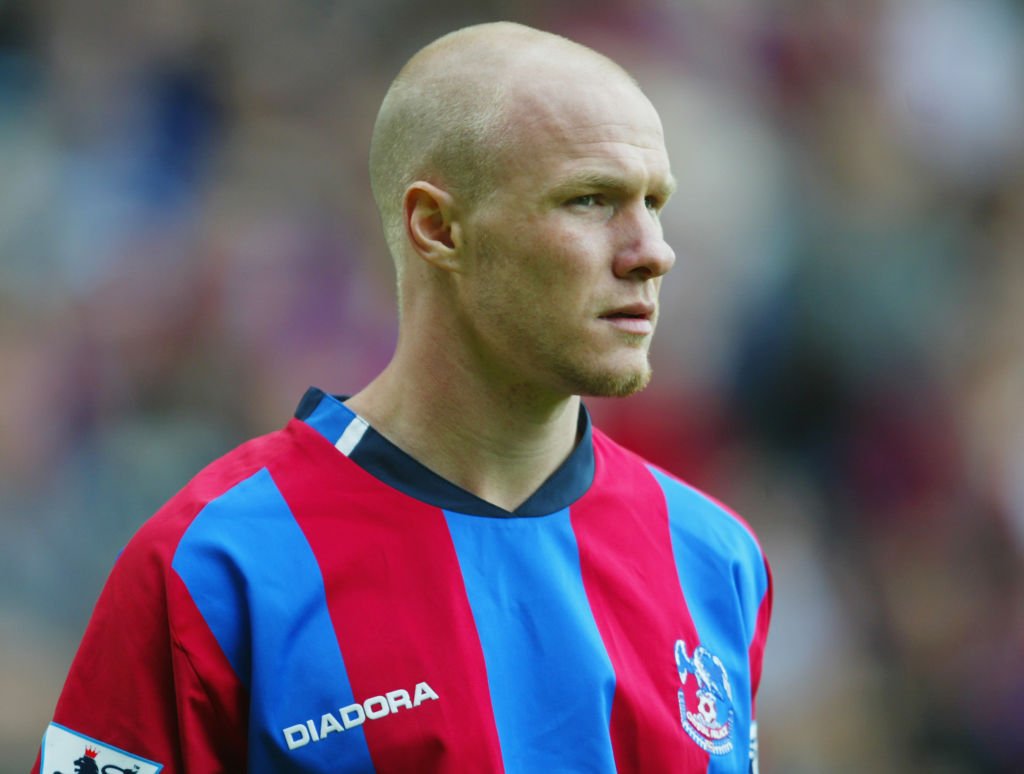 Andy Johnson has rightly gone down as a Crystal Palace legend, and it was his free-scoring 2004/05 campaign for the Eagles that fans will remember the most. Only Thierry Henry scored more than Johnson that season, who after that year, struggled to reach double figures in the Premier League. 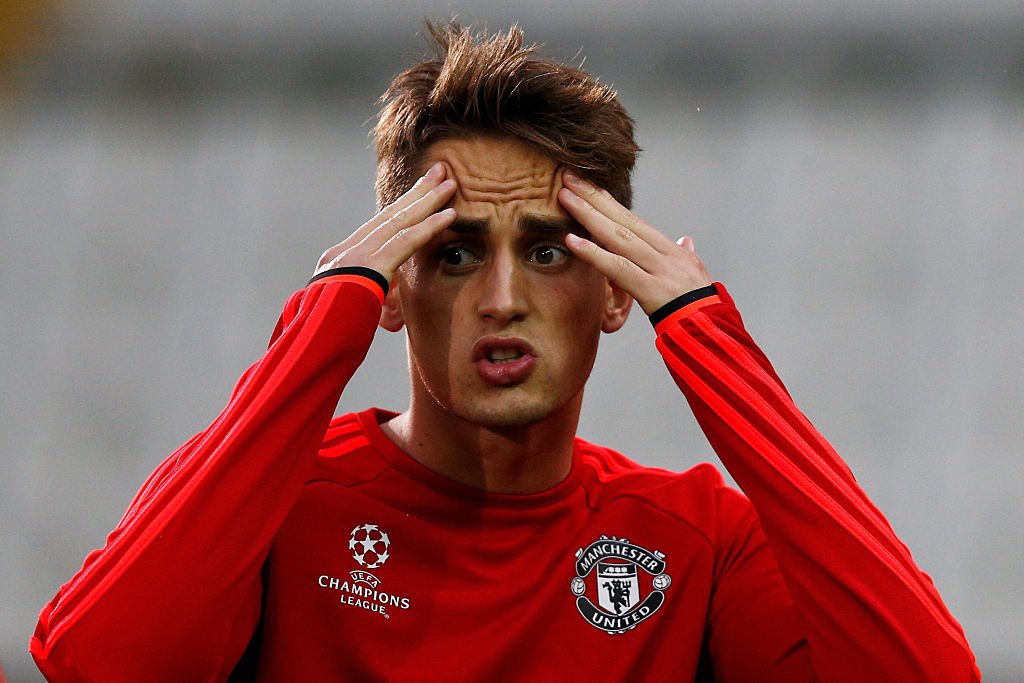 Adnan Januzaj was dubbed as the future of Manchester United when he broke through under David Moyes in 2013. The winger was a shining light in a poor season at Old Trafford, and unfortunately, he couldn’t continue his impressive start. The Belgian now plies his trade in Spain with Real Sociedad. 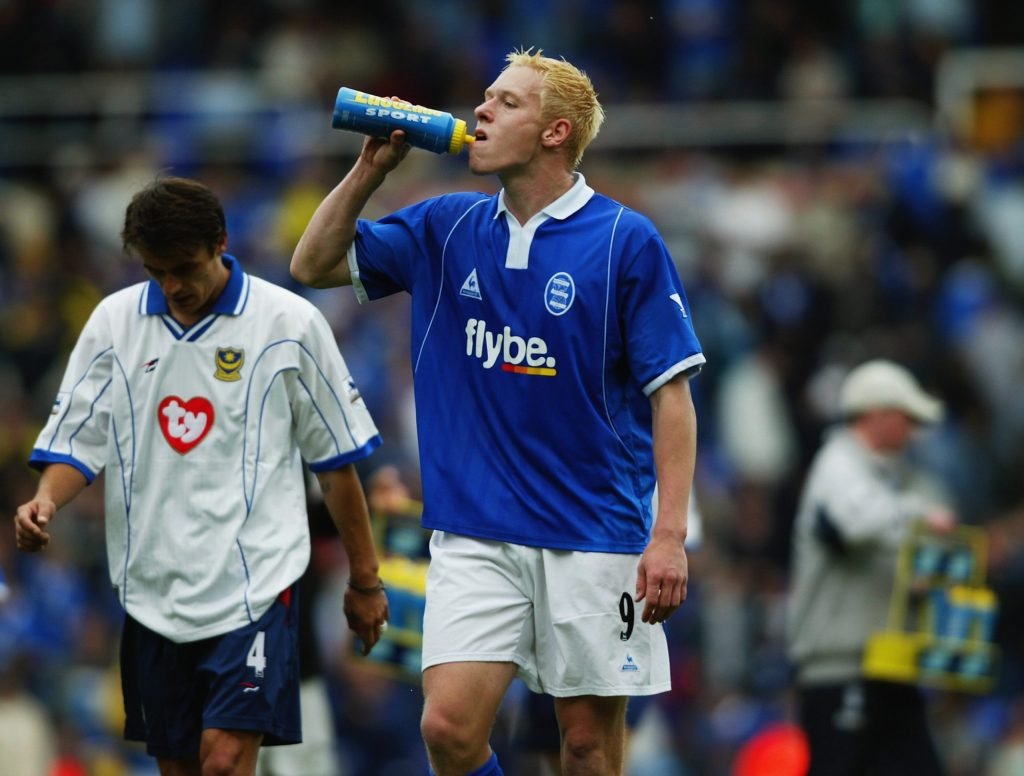 Mikael Forssell failed to make an impact during his seven-year stint at Chelsea, and it was his performances during a season-long loan spell with Birmingham City that gets him a place on our list. The Finnish striker netted an impressive 17 goals in 32 games during the 2003/04 season, which earned him a permanent St Andrew’s move. 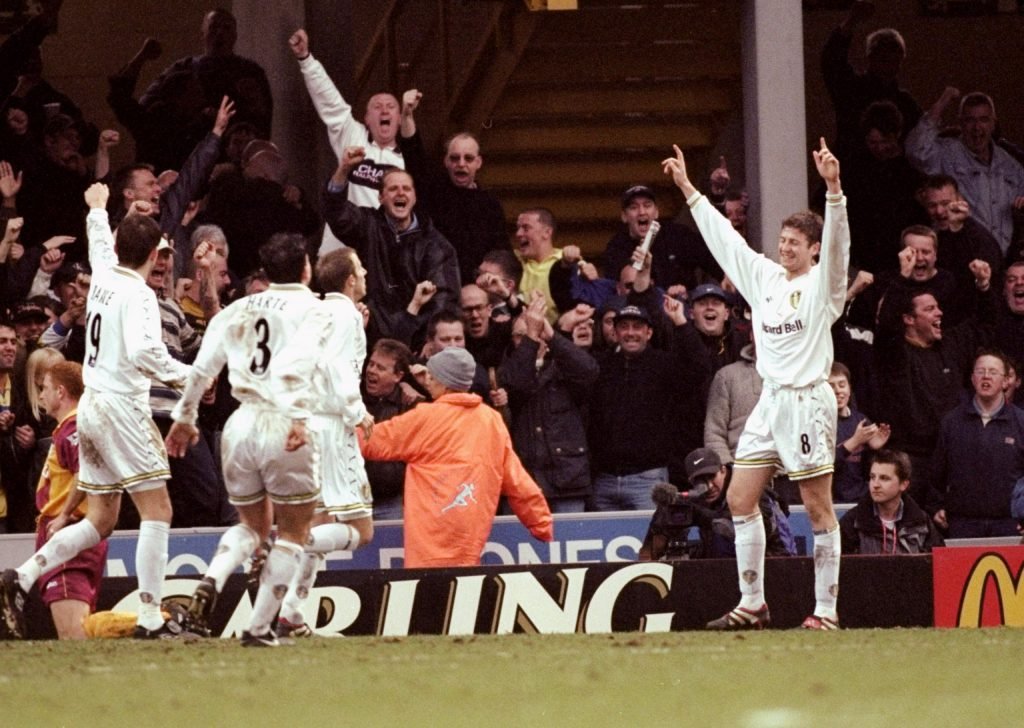 The majority of Michael Bridges’ Premier League career was seriously affected by injury, so his impressive first season as a Leeds United player makes him the next inclusion on our list. Bridges scored 19 goals in the 1999/00 season but failed to add to that tally for the rest of his Elland Road stay. 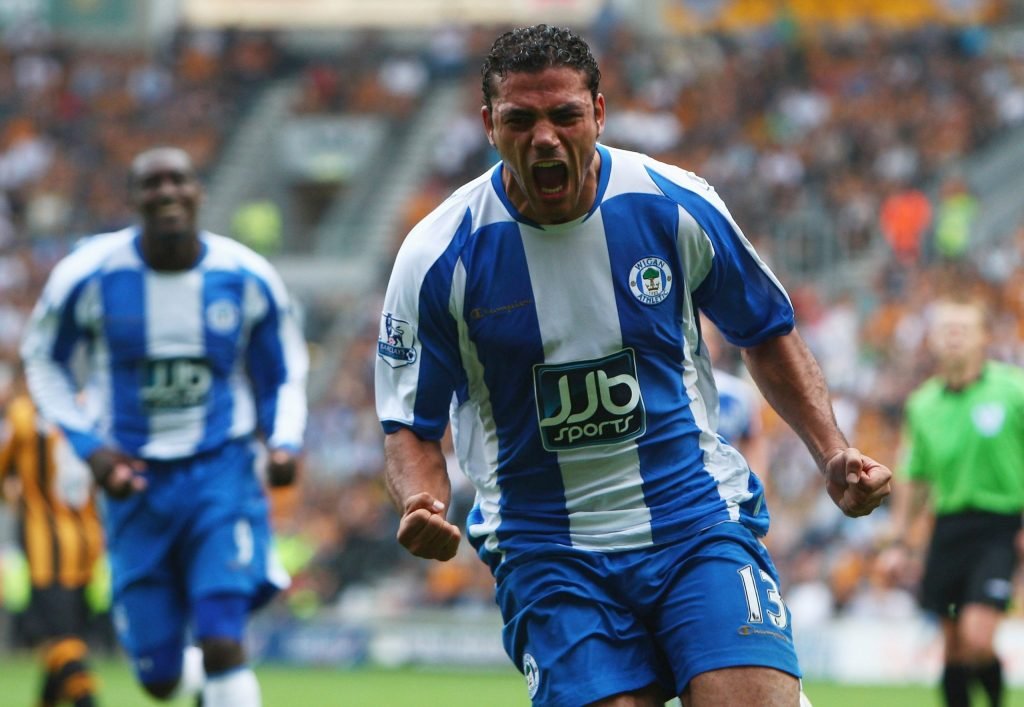 Amr Zaki scored some memorable goals during his loan spell at Wigan Athletic in the 2008/09 campaign, which led to Hull City bringing the Egyptian to Yorkshire on loan the following season. However, Zaki couldn’t replicate his free-scoring form with the Tigers, and went on to score just three goals in the final six years of his career! 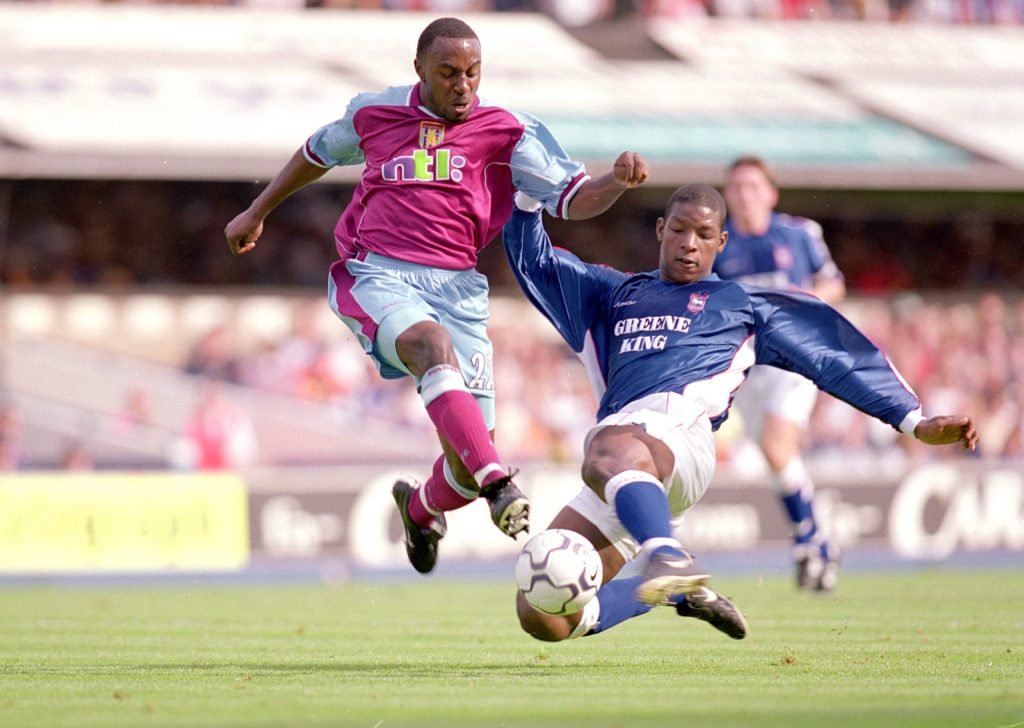 Titus Bramble was a professional for 17 years, and towards the end, was known for making plenty of mistakes. However, during one of his first seasons with Ipswich Town in 2000/01 the central defender serious caught the eye in the top flight. He helped the Tractor Boys to a European spot that year, but as time went on, he struggled to cement himself as one of England’s best. 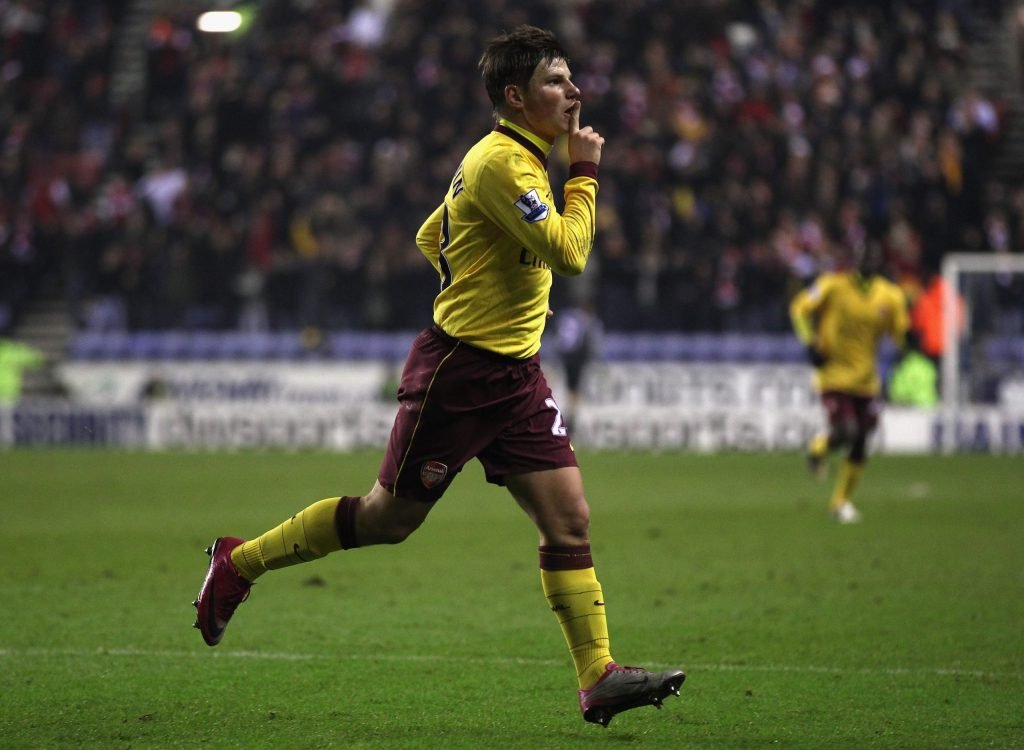 Arsenal decided to bring Andrey Arshavin to north London following his excellent Euro 2008 performances with Russia. The winger will be best remembered by Gunners fans for scoring four at Anfield in an impressive first season, but apart from that, he struggled in the Premier League. 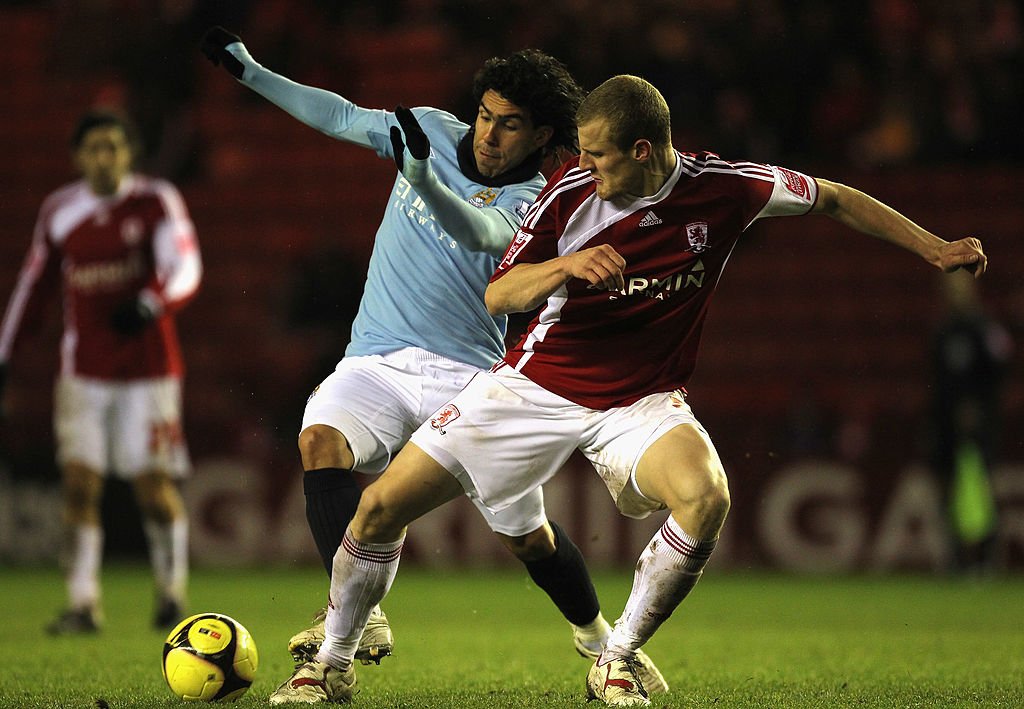 David Wheater is now on the books at Oldham Atheltic and tends to throw up a funny reply on social media from time to time. He’s next on our list following his excellent season with Middlesborough in the 2007/08 season. The defender looked to be on course to move on to bigger things and become an England regular, however, he failed to impress on a consistent basis and was sold to Bolton Wanderers in 2011. 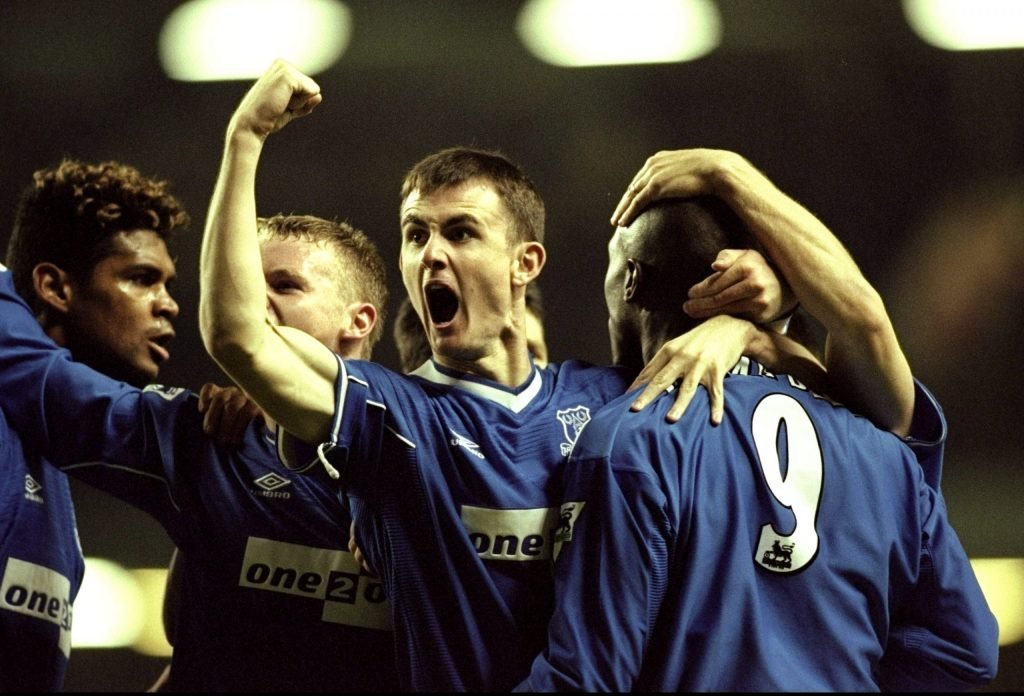 Francis Jeffers appeared to be a young striker with the world at his feet following his breakthrough campaign with Everton. He netted five goals in four games at the start of the 2000/01 season, which earnt him a move to Arsenal. His career went downhill from there on, with various injuries taking its toll. 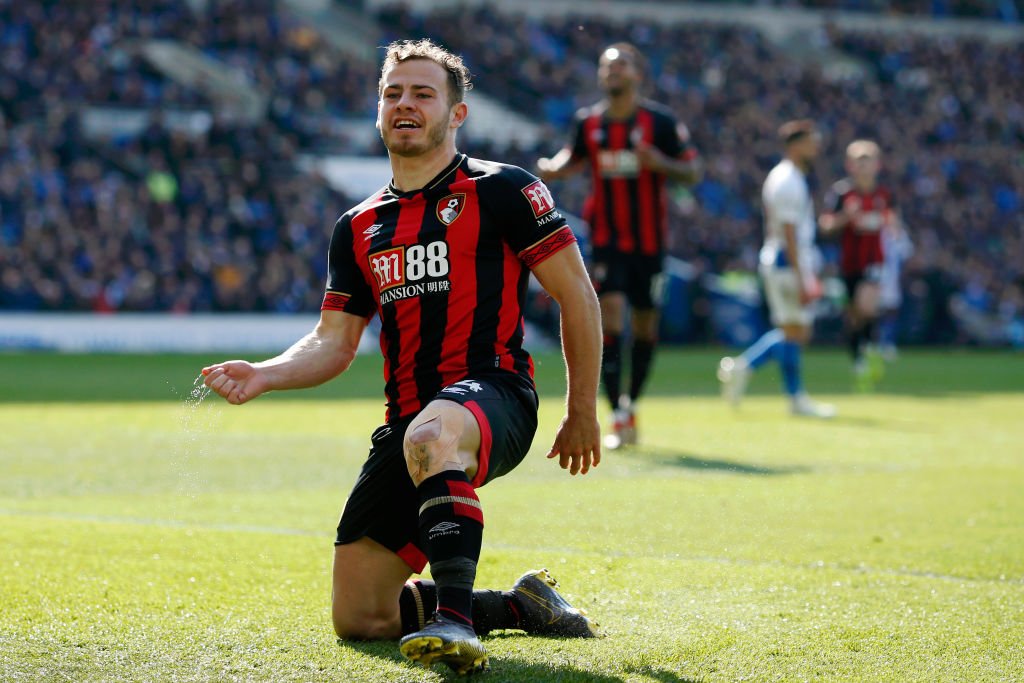 Last season, Bournemouth winger Ryan Fraser was one of the most exciting players, netting seven times and providing 14 assists. The Scot has fallen off the pace this season though, so he appears to be one of the latest one-season wonders in the top flight. 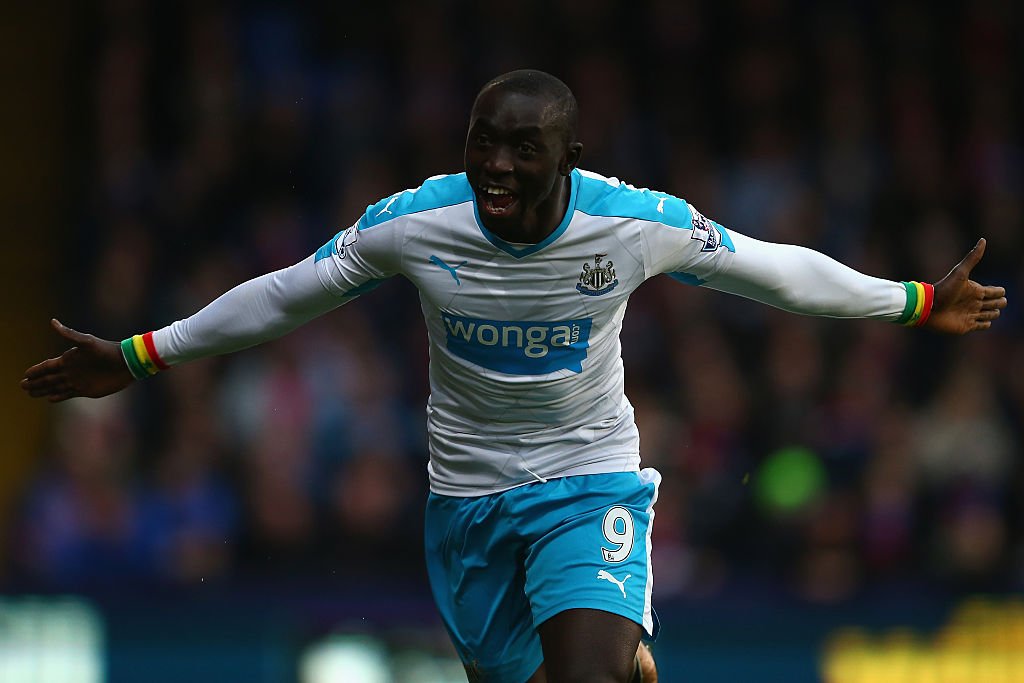 Papiss Cisse will be best remembered for that stunning volley against Chelsea in what was a memorable 2011/12 campaign for the striker. Unfortunately, Cisse lost strike partner Demba Ba at St James’ Park and struggled to impress after then. 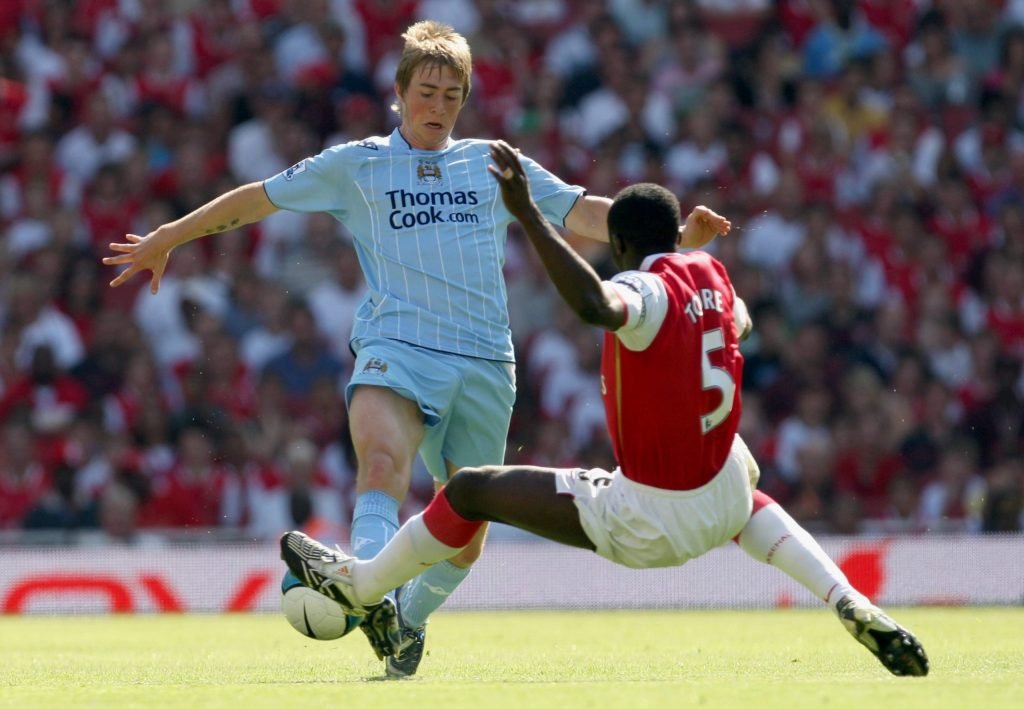 Midfielder Michael Johnson was an exciting prospect in 2007, with several Manchester City fans expecting him to become the future of English football. The box-to-box midfielder failed to live up to the hype following his excellent 2007/08 season, with several injuries having a serious effect on his career. 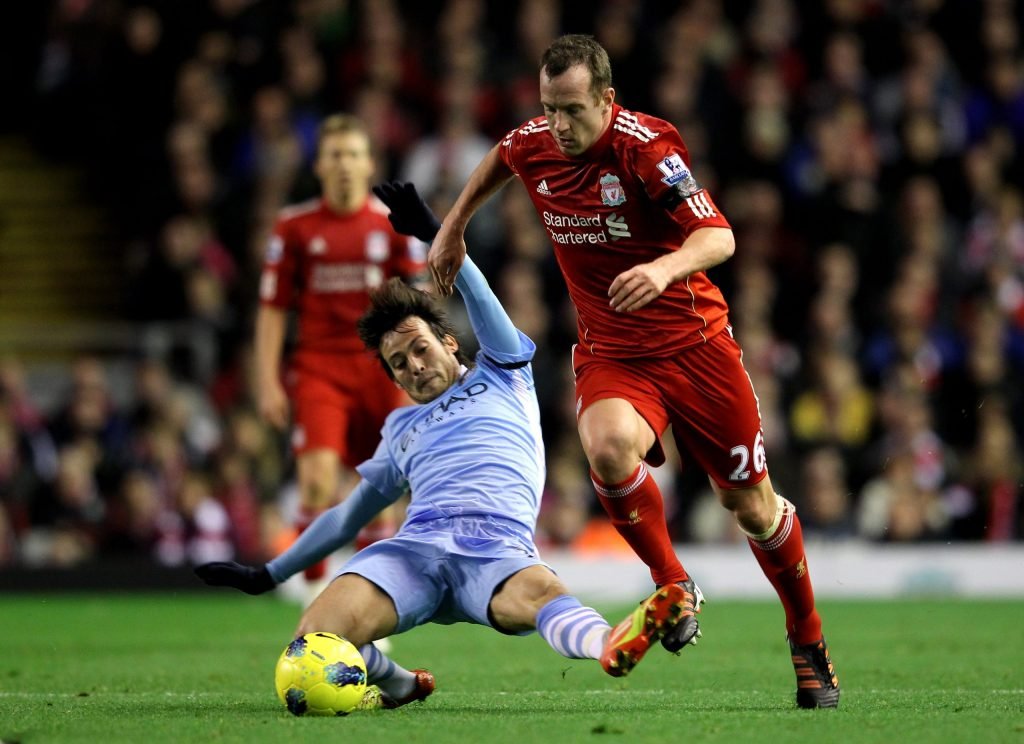 Charlie Adam starred for Blackpool in the Premier League in 2010/11 but couldn’t save the Tangerines from immediate relegation back to the Championship. Liverpool then decided to pay £8m for the Scottish midfielder, and fans quickly realised that he couldn’t replicate his form at Anfield. 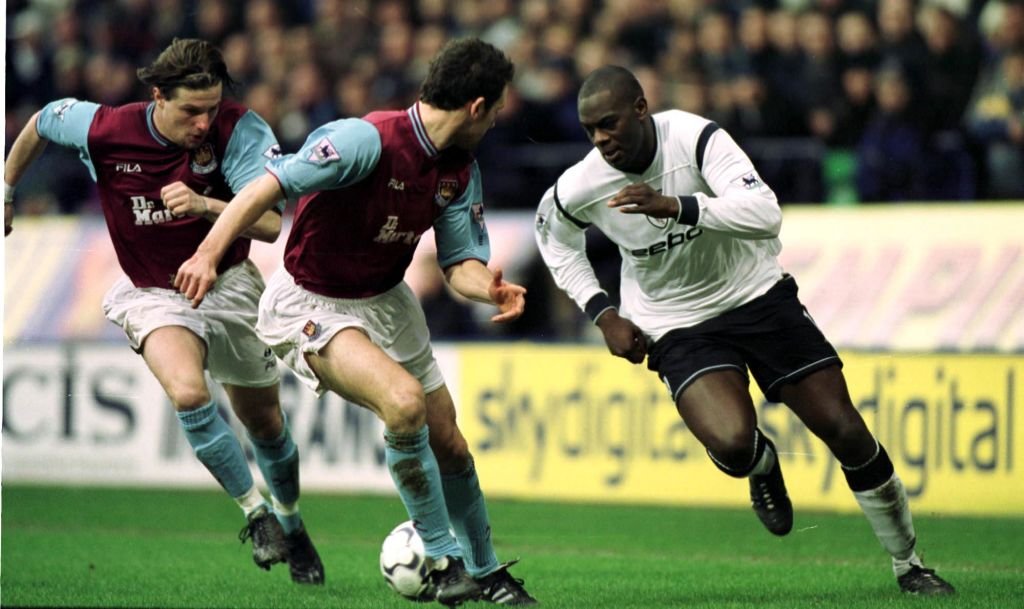 Michael Ricketts played a key role in helping Bolton Wanderers to the Premier League in 2001, and he netted 12 times in his first top-flight season. His excellent form was rewarded with an England call-up, however, over the next three years, Ricketts would score just nine times. 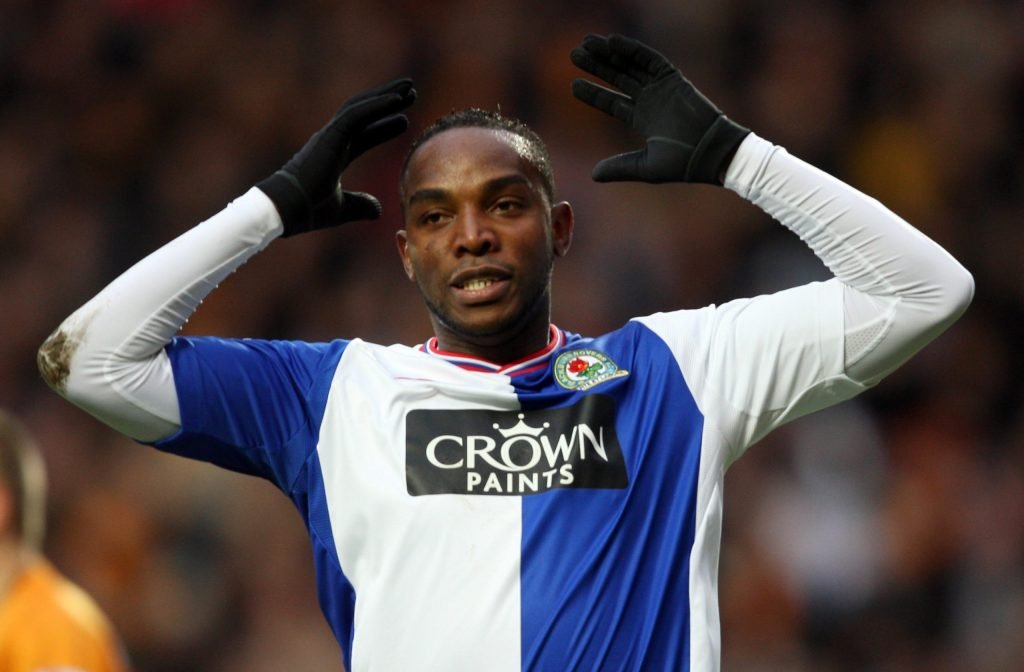 Benni McCarthy’s first season as a Blackburn player will live long in the memory of Rovers fans. The South African, who was signed from Porto for just £2.5m, took to Premier League life with ease, scoring 18 goals in the 2006/07 season, one more than a certain Cristiano Ronaldo! He couldn’t back that up though and struggled for three years between 2007-2010 at Ewood Park. 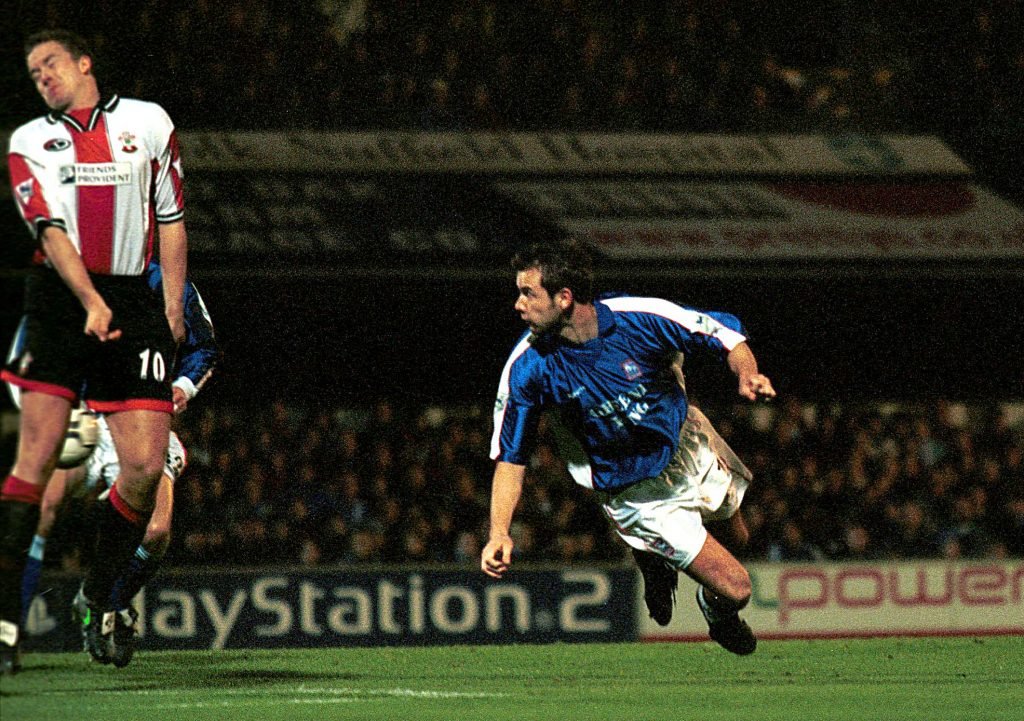 Marcus Stewart enjoyed an impressive 2000/01 season at Ipswich Town, helping the Tractor Boys to a fifth-place finish by scoring 19 times. Unfortunately, he suffered serious second season syndrome at Portman Road and ended up at Sunderland. 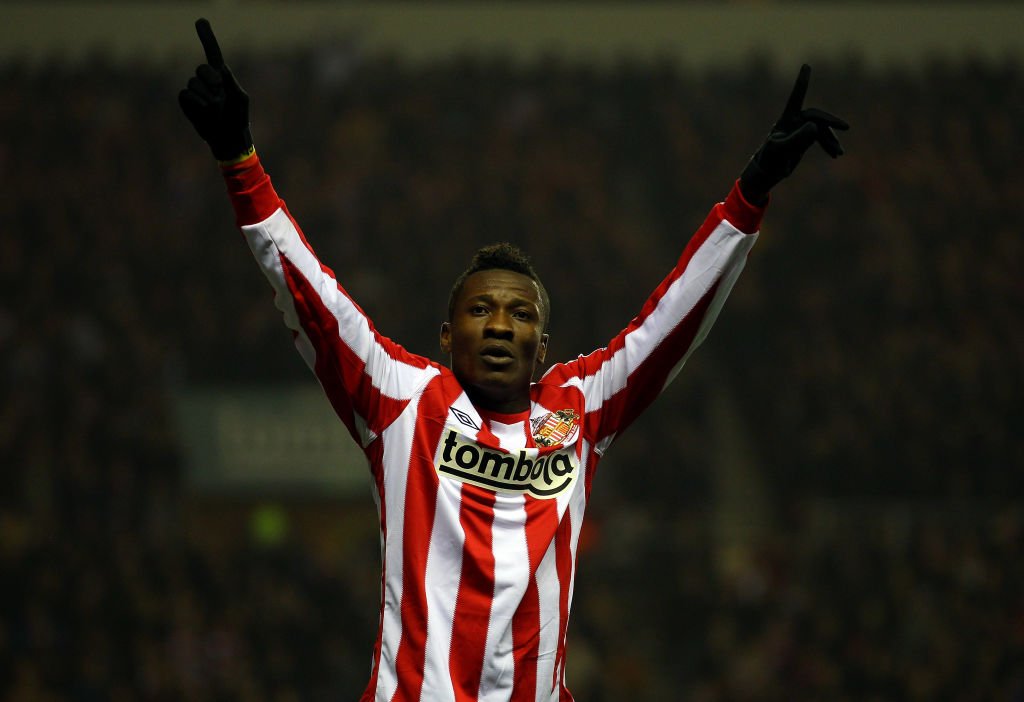 Sunderland fans couldn’t believe it when they managed to bring Asamoah Gyan, one of the stars of the 2010 World Cup, to the Stadium of Light. He starred for the Black Cats during his first season in England, scoring some memorable goals on his way to double figures. However, after his 2010/11 season, he ended up plying his trade in the UAE, China and Turkey. 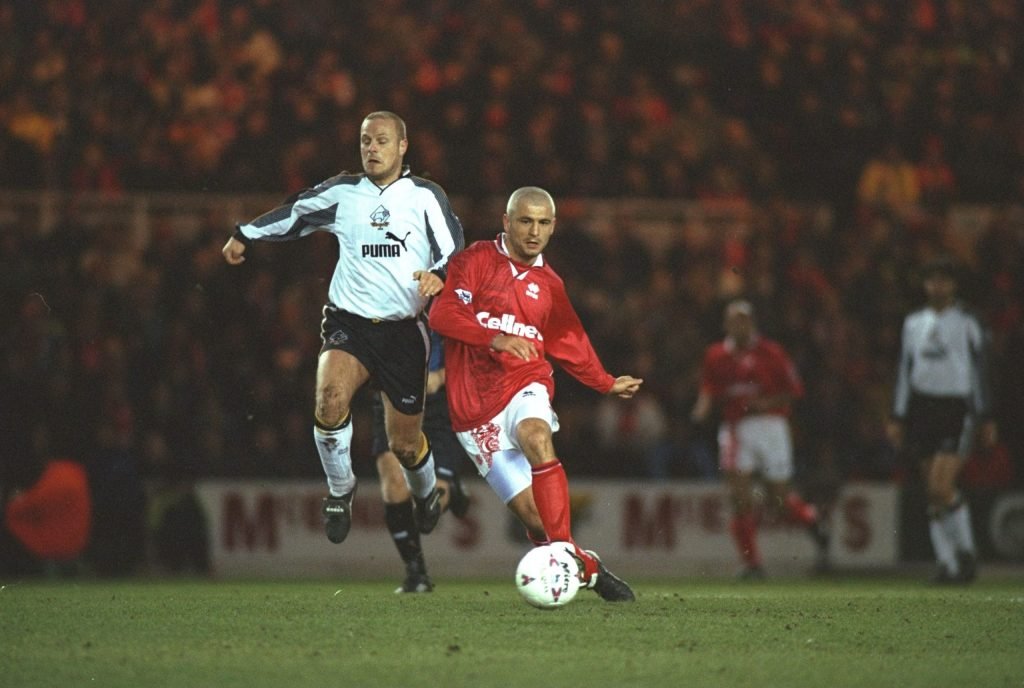 Middlesbrough managed to land Juventus striker Fabrizio Ravanelli in 1996, and the Italian enjoyed a phenomenal first season in England. A hat-trick against Liverpool on his debut at the Riverside Stadium set him on his way to 16 league strikes in 1996/97. He’d then join Derby County years later, but he couldn’t replicate his fine form. 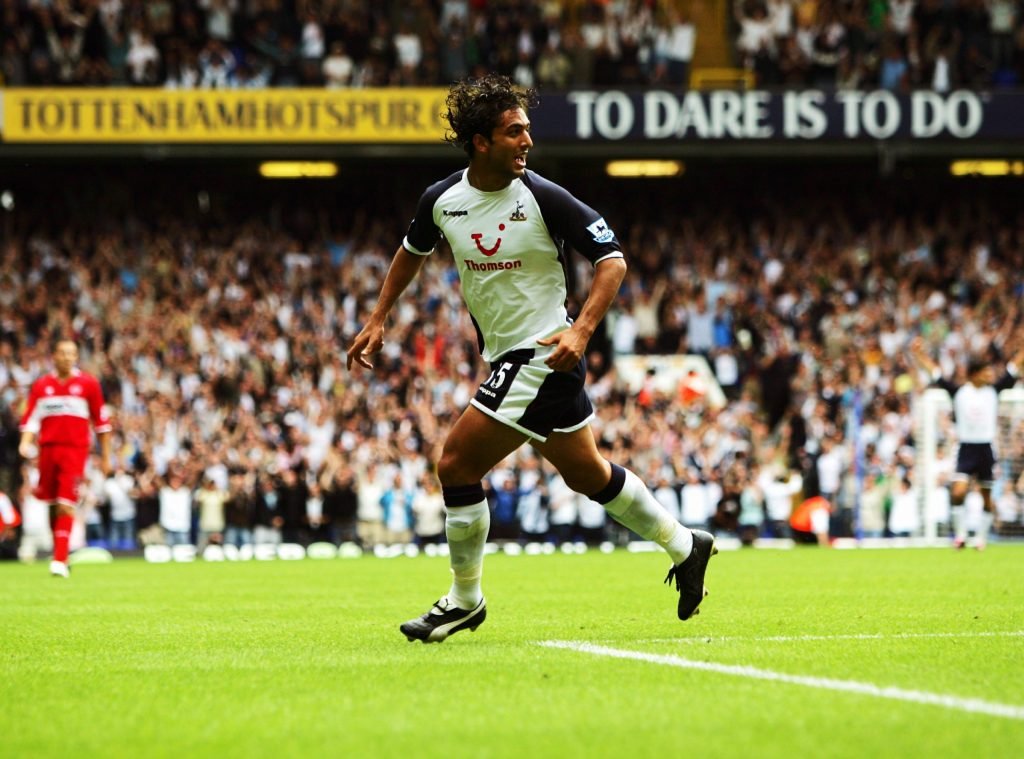 Mido’s initial loan spell at Tottenham during the 2005/06 season was empathic. The Egyptian took to life in England with ease, scoring 11 goals in 27 appearances. Spurs paid €6.75m for the striker’s services that summer, however, he struggled the following season and was quickly sold out to Middlesbrough. 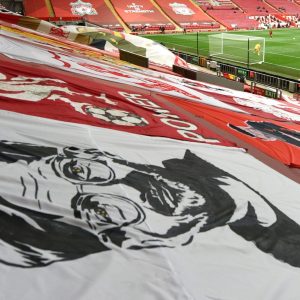 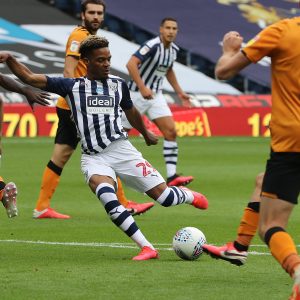 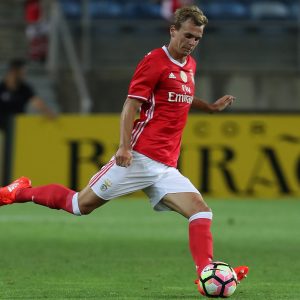 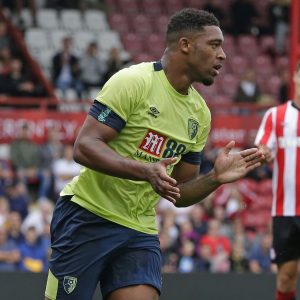 Crystal Palace join Celtic in the race for Jordon Ibe

QUIZ: How much do you know about Mohamed Salah’s Liverpool goal contributions?